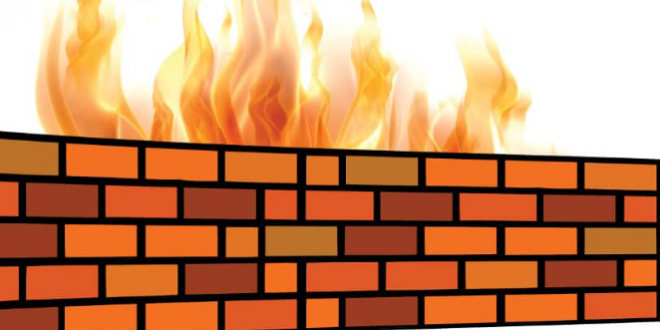 Both Firewalld and Iptables are applications which are used to filter the incoming and the outgoing packets in a network.

Iptables are built in kernel-level administration tool that comes with all Linux distributions, which is used for IPv4/IPv6 packet filtering and NAT [Network Address translation],

Netfilter framework is used by Linux Kernel for various firewall/network related operations, Here
Iptables acts as an interface to the Netfilter firewall, which allow the user to add, remove, or modify the packet rules [Policy Chain rules].

The targets can be :

–ACCEPT : means let the packet through the firewall.

–DROP : drop the packet on the floor.

–RETURN : means stop traversing this chain and resume at the next rule in the previous chain.

–Iptable extensions -These user-defined targets are described in “iptables-extension”, which is a section for the user-defined set of rules.

Each built-in chain rules and user-defined chains are stored in tables, the most important table is :

– Filter table : It is the default table, it contains built-in chains

Below shown are the basic option that comes command iptables :

The Firewalld is the replacement for iptables in the previous versions of Linux OSs. It offers a dynamically managed firewall which make use of zone concept, each zone defines the trust level of each network connection or interface. Firewalld supports both IPv4 and IPv6 firewall settings separately. Configuration options are separated as rutime and permanent configurations, In iptables when it was running it requires a complete firewall restart for every changes made, so every kernel module which was currently using had to be unloaded and kernel modules required for the new configuration had to be loaded.

The zones used in firewalld based on their trust level are listed below :

Block – Only the connections initiated from the system are allowed.

Public – dhcpv6-client and ssh are allowed.

Trusted – All network connections are allowed.

Command for using firewalld is firewalld-cmd

The firewalld-cmd command is used mainly for the purposes listed below, [along with explanations and examples] :

1. How to check the sate of firewalld :
root@cybex# firewall-cmd –state
running // –state : option specifies the state of the firewall daemon

// –list-all : options list the firewall-rules and configurations for the //default zone unless a particular zone is specified by –zone=zone_name option

3. Command to list the available zones and services :
root@cybex# firewall-cmd –get-zones
block dmz drop external home internal public trusted work // list of available zones.
root@cybex# firewall-cmd –list-services
dhcpv6-client ftp http ssh
[ Note the default locations of these services and zones are in /usr/lib/firewalld , the services folder contains the details of each service required by the firewall in the form of .xml file ]